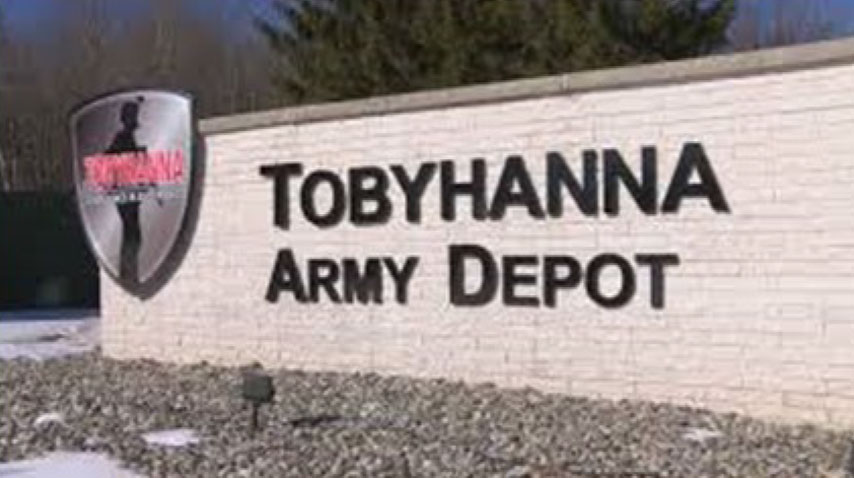 Form-A-Tread was asked to address a visibility issue with the new concrete stairs with extruded aluminum treads into the main TYAD building that housed the offices and mess hall. It was an extremely high traffic area and TYAD Safety Personnel received complaints that the new stairs were not safe due to poor visibility. The aluminum treads blended into the concrete making it difficult to see the edge of each step. TYAD had applied black paint to the treads, which then caused a traction issue. The paint also began to peel in less than a week. Form-A-Tread in Safety Yellow was installed on each painted tread for traction and increased visibility.

TYAD also asked Form-A-Tread to help with the slippery epoxy coated concrete floors in the newly constructed maintenance facility in 2 areas: inside the building entrance and on the vehicle exit ramp. We installed a square mat consisting of 1” treads spaced 4” apart inside the entrance door for better footing as people stepped down to enter, and numerous 1” treads on the graded bay exit so vehicles could get better traction with their rubber wheels on this smooth surface

Traction and visibility were greatly improved on the steps and in the maintenance building 2 steps. The TYAD Safety Office reports they have received extremely positive feedback. 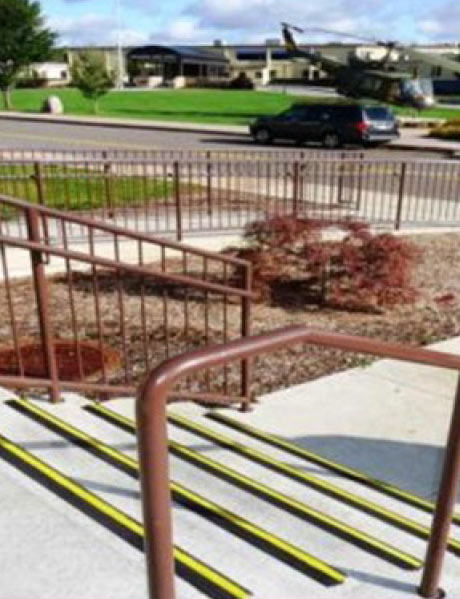 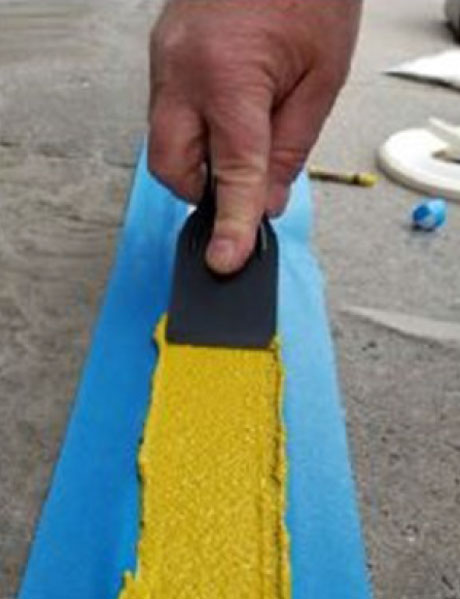 We’ve spent years worrying about slips, trips and falls so you don’t have to!